The 40,000 square-foot John E. Jaqua Academic Center for Student Athletes building focuses on the academic needs of University athletes, serving as a study, counseling, and academic resource center, and an auditorium for this student population segment.

The award-winning glass exterior design of the building presented challenges that required an equally unique HVAC system to provide year-round comfort in the Oregon climate.

Three AHRI-Certified™ rooftop EnergyPack® air handling units with integrated water source heat pumps (WHSP) and energy recovery were used. Two of the units are dedicated to providing conditioned temperature-neutral outdoor air for the fan coils, as well as ventilation to various spaces. The third unit is dedicated to providing conditioned air to the auditorium and providing heat recovery from room exhaust.

Since the beginning of building occupancy in January, 2010, the Jaqua Center has seen the full range of western Oregon weather, including operating in both heating and cooling modes and proving the viability of using a variable refrigerant flow (VRF) system for primary heat and cooling, with a separate system for outdoor air treatment and delivery.

It rises like a cubic ice sculpture from a shimmering reflecting pool. The John E. Jaqua Academic Center for Student Athletes is a gleaming new facility on the campus of the University of Oregon in Eugene. It stands apart, both physically and in its radical design, from the rest of the largely traditional buildings on the campus. The Center fulfills the special purpose of offering academic support to the school’s student athletes.

The building focuses on the academic needs of university athletes, serving as a study, counseling and academic resource center, and includes an auditorium for functions for this special student population. The building also includes dining areas, offices and recreational spaces. The 40,000 sq. ft. facility was designed by ZGF Architects LLP of Portland. Both in terms of its physical appearance and its mechanical plant, the building is unusual and sophisticated.

Physically, the building is unique. Its design incorporates a gleaming curtain wall of glass, with a five-foot space between it and the actual building wall, which is also largely glass. In many areas within the buffer space there is a suspended, perforated, stainless steel screen. The screen provides shade in the summer and absorbs heat during Oregon’s cold, rainy winters. The wall system allows 52% of available outdoor light into the building. The building stands in a reflecting pool that adds drama and softens the angularity of the building appearance.

The interior of the Jaqua Center was selected for a 2011 Honor Award by the American Institute of Architects. The citation notes, “The bright and lively John E. Jaqua Center for Student Athletes at the University of Oregon is an awakened, dazzling space.” The building has at its center an open atrium, repeating the glass curtain-wall design, which allows additional light into interior areas. Bright colors and locally produced art and furnishings add warmth, comfort and a homelike feeling. The curtain walls are also equipped with a system of roller shades for those days when the sun comes out.

The building’s HVAC plant is also unusual. It features a variable refrigerant flow (VRF) heat pump system for heating and cooling. A total of seven water-cooled heat pumps have cooling capacities ranging from 72 to 200 MBH and heating capacities from 36 to 124 MBH. These units are supplied by a condenser water system that has two high-efficiency condensing natural gas boilers for heating and an evaporative cooling tower for cooling. The heat pumps provide a variable flow of refrigerant to heating and cooling fan coil units.

The heat pump system was chosen for its high operating efficiency, especially for a building that may have simultaneous space heating and cooling requirements. According to Mark Koller from Interface Engineering, the system designer, the VRF system ties zones together thermally, allowing efficient heat recovery. “VRF allows for a high degree of thermal zoning, which this building required.” He adds that this water-cooled (as opposed to the more common air-cooled) VRF system was chosen for its ability to tie all the individual heat pumps together for whole building energy recovery.

He explains, “Excess building relief air, as well as exhaust air from spaces such as the bathrooms, is ducted back to the dedicated outdoor air units for air-­to-air heat recovery. The rooftop units are also tied to the condenser water loop for additional heat recovery.”

Koller points out that all three EnergyPack units have integrated water-source heat pumps with R410A refrigerant for tempering of the outdoor ventilation air. The units also feature MERV-13 air filtration, VFD supply and exhaust fans, premium efficiency motors, insulated casings and CO² controls. The energy recovery function is accomplished with flat aluminum plate heat exchangers in each rooftop unit. The EnergyPack series is highly customizable and can alternately be equipped with enthalpy wheels or heat-pipe systems.

“Variable refrigerant flow (VRF) allows for a high degree of thermal zoning, which this building required.”

The performance of each energy-recovery heat exchanger is AHRI Certified™. The 5500 cfm unit, for example, has a heat exchanger with a sensible effectiveness of 57%. In summer mode, the plate heat exchanger is designed for an entering air temperature of 91° F (db) / 67° F (wb) and a leaving air temperature of 82° F / 64° F. The heat pump coil further cools the air to 75° F / 64° F before it enters the space as “neutral air”. The 9° precooling from the plate saves the owner on WSHP mechanical-cooling input energy use.

In winter mode, the design entering air to the plate is 21° F / 18° F and rises to 50° F / 36° F as it leaves. The unit’s hot water heating coil raises this temperature to 69° F db as it exits the unit. The 29° preheating of the outdoor air due to the plate saves the owner on input boiler energy use.

The 2835 cfm unit serving the auditorium sees similar summer and winter design temperatures but delivers 54° F / 53° F off the heat pump coil and into the auditorium space. Also, the auditorium exhaust air is ducted through the unit for energy recovery.
The rooftop units are equipped with supply air pre-filters and filters, heating and cooling coils, and ducted-outlet centrifugal fans. The units are of a double-wall design for better thermal energy performance and improved acoustic attenuation.

Other Options Were Considered

According to Koller, the designers had initially considered utilizing air from the cavity of the dual-skin building façade for the purpose of pre-heating the ventilation air. This was eventually ruled out because the thermal buffering effect of the air within the cavity was shown to be more valuable than using it for pre-heating. “Additionally, each of the units already had air-to-air heat recovery, which further reduced the attractiveness of trying to use the cavity air for ventilation.”

The rooftop units were adjusted in the commissioning process following systems startup to assure that supply and exhaust fan VFD’s appropriately ramped up and down in response to building pressure, CO² levels and occupancy controls. Koller says, “After this was done, the rooftop units performed as intended. Further evidence that the system is performing as intended is that the building air feels fresh.”

The VRF system is controlled by a manufacturer-provided system. The rest of the systems in the building, such as cooling towers, boilers, pumps and air handlers are controlled by a Siemens DDC system, which communicates to the VRF system and air handlers through a BACnet® gateway. The building is tied to the University of Oregon campus controls system to allow remote monitoring and adjustment.

Since the beginning of building occupancy in January, 2010, the Jaqua Center has seen the full range of western Oregon weather, including operating in both heating and cooling modes and proving the viability of using the VRF system for primary heat and cooling, with a separate system for outdoor air treatment and delivery. To the visitor, the unique physical concept of the building makes the first impression. Once inside, the comfort levels demonstrate that there is more to the building than just a beautiful face. 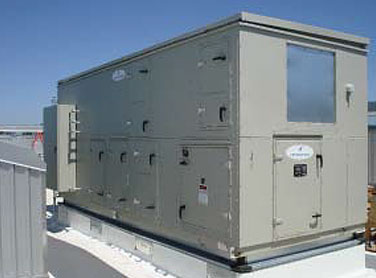 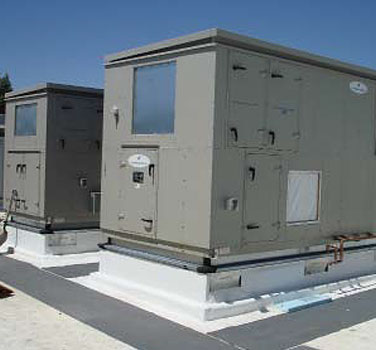 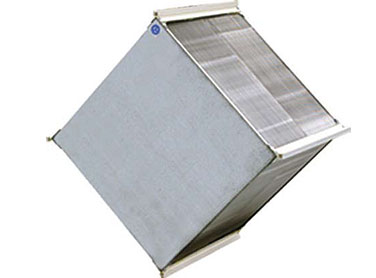 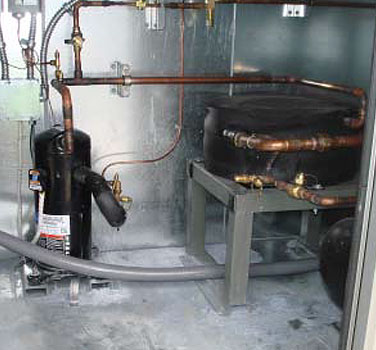